Episode 3 – Fading Sanity and a Three-Winged Chicken at the NZ Enduro https://thefreeradicals.ca/wp-content/themes/blade/images/empty/thumbnail.jpg 150 150 The Free Radicals The Free Radicals https://thefreeradicals.ca/wp-content/themes/blade/images/empty/thumbnail.jpg

There comes a point toward the end of any road trip when both the passengers and the vehicle begin approaching a state of disorder, both physically and emotionally. This is the point we are at as we arrive in Havelock for the NZ Enduro. Combined with three days of torrential rain, any aspirations of “racing” are replaced with mere survival. We make it through the event by any means necessary: tripoding, scootering and flat out walking.

After the race, we explore the steep trails, lush forests and diverse bird populations between Havelock and Nelson. Our birding is amateur at best, but we do manage to identify a three-winged chicken in the takeaways section of a Nelson grocery. 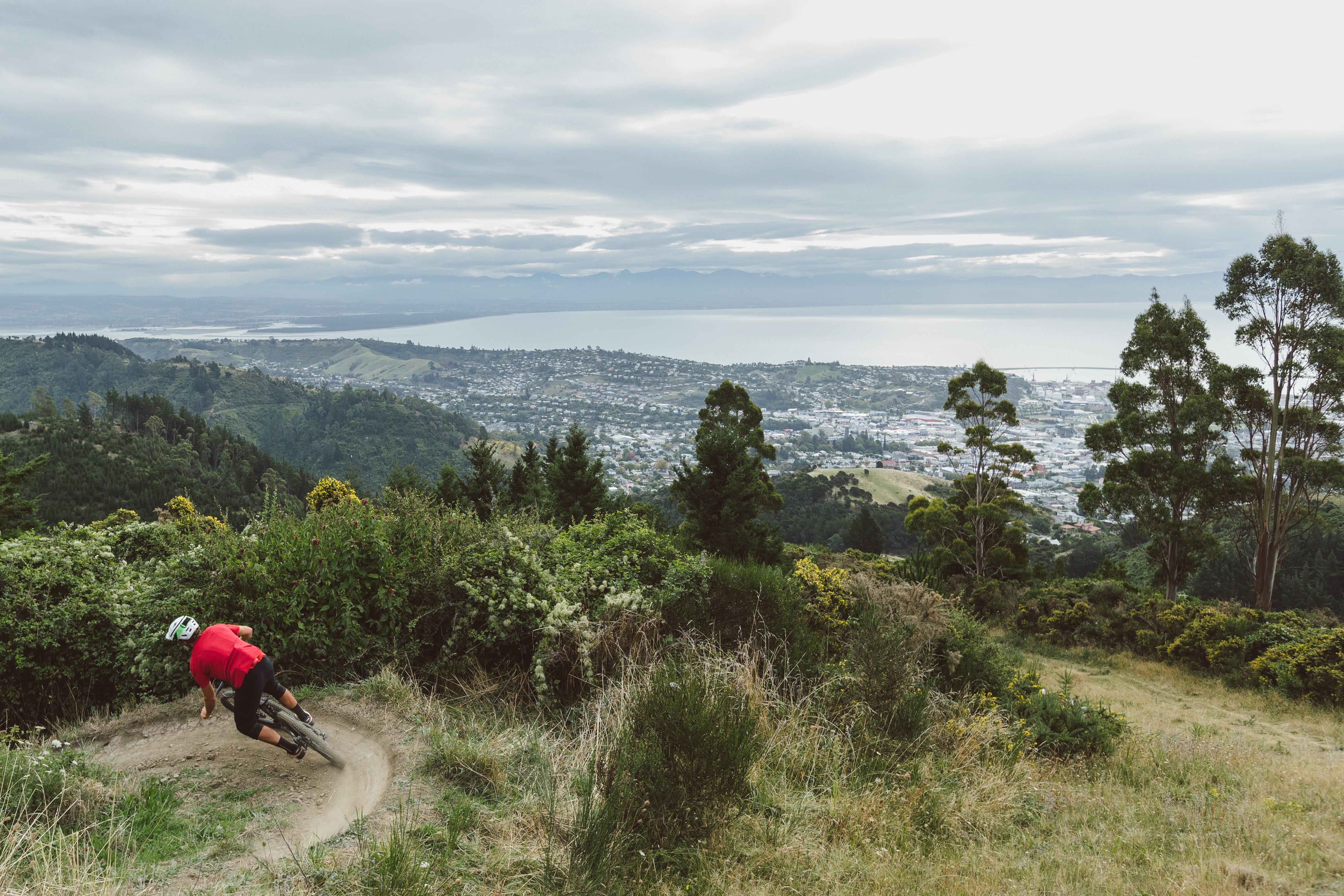 The four of us have been traveling in a van that has three seats for the last month.

Mark has developed a close working relationship with our van’s engine, meaning he is able to keep it from stalling randomly on the highway, and has thus established himself as the full time driver. For the rest of us, the game of Shotgun has become a very serious matter, and maintaining a clear set of rules has become crucial to sustaining any type of civility.

The rules are simple: call “shotgun!” and the front passenger seat is yours. However, at least one other person has to hear you call shotgun for it to count. The first person to hear it called will then usually call “middle,” claiming the third front bench seat, and the unlucky remaining individual will be relegated to sit in the back, awkwardly lying on one of the narrow bed-benches and cut off from the conversations and views of the front seat. Lastly, anyone can re-appropriate shotgun any time that the van is vacated by jumping in the front seat and yelling, “snake!”

Shotgun rights last all day, so the first person up each morning will normally wake someone else up by loudly claiming it. Will and I sleep three feet from each other in the back of the van, while Simon and Mark sleep in tents, giving the two of us a clear advantage in the morning.

By the time we leave Queenstown, NZ and start heading north for the NZ Enduro in Havelock, the snake rule is being enacted regularly and has been expanded to cover nearly any situation in our daily lives. A certain impatience and feeling of desperation has descended on the group, mostly due to our constant proximity to one another and the fact that daily tasks take us four times as long as they should. As a result, virtually anything has become fair game for snaking: unattended cups of coffee, personal snacks, music selection, clean socks.

Our increasingly frequent and absurd snaking has become a sort of sport to us and a form of entertainment. Snaking the coffee beans that someone just ground for themselves, for instance, results in maniacal laughter and distracts us from the fact that we’ve been waiting for our second cup for over an hour.

It’s not until we arrive at our friend Harry’s cabin, where we’re staying during the race, that we realize how insane our behavior has become. Personal boundaries and respect for customs like shotgun are essential for basic human society to function, and through an abuse of snake we’ve let life in the van descend into chaos. 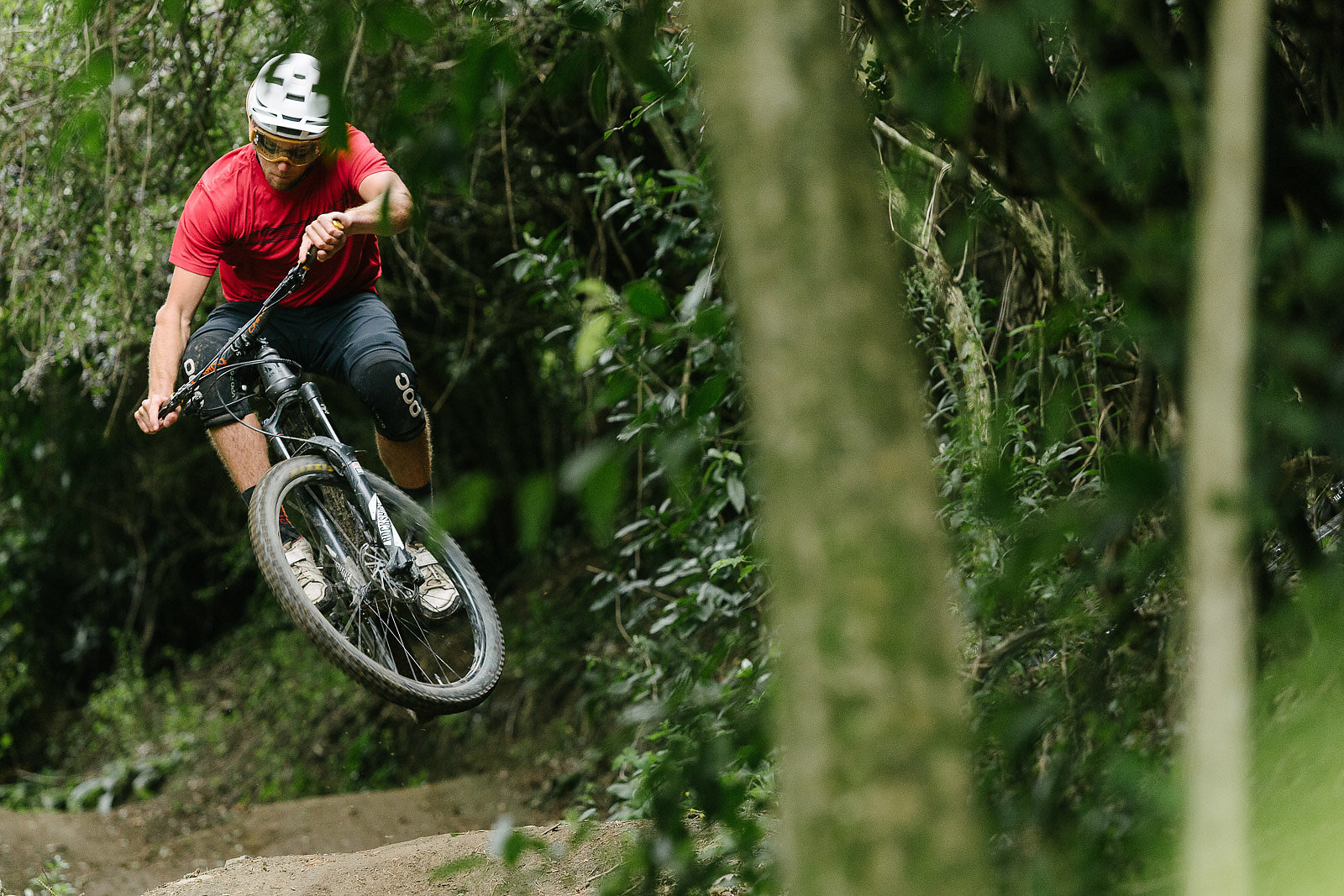 When we do arrive at Harry’s, however, there is an understanding that we need to try to follow more acceptable social customs during our stay, and all snaking is placed on hold. Harry doesn’t regularly share the back of a midsize van with three other guys, and while our standards of conduct have become subconscious by this point, we are vaguely aware that he should not be subjected to such savagery.

The race itself is a cold, wet mess, and we likely owe our very survival to the relative luxuries provided by staying at Harry’s place rather than in the van, where trench foot and hypothermia would have been near certainties. However, more importantly than keeping us warm and dry, the cabin restored a level of sanity to our crew.

For three days, we set down plates of food and drinks without watching them from the corner of our eyes. We take turns doing laundry, taking showers and using bike tools without wrestling matches breaking out. It is enough time to slightly rewire our brains, so that when Will calls shotgun as we’re loading the van to leave Harry’s place for Nelson, neither Simon nor I have the impulse to charge the van or yell “snake!”

Thanks for that, Harry.